The Richmond Range, dividing Marlborough and Tasman, is an iconic feature of the top of the south. For those keen on the outdoors, the area begs to be explored. That’s not hard to do either, with a wealth of tracks and huts interspersed throughout.

As the tallest of the peaks (outside Red Hills), Mt Richmond is the one I wanted to summit. The problem is, it’s not easy to get to the beginning of the walking track – a sturdy 4WD is needed to cross Top Valley Stream. Luckily a friend has such a wagon, and on a clear winters day we charged across the stream and up the Richmond Saddle Rd to the carpark, just one hour from Blenheim. 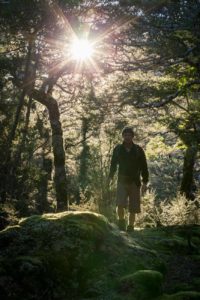 This is a route that requires reasonable fitness, and there’s no easing into it. Jump out of the car, curse at the frigid temperature, and then toil skyward. The first kilometre sees you gain about 200 metres, but unlike the hike up nearby Mt Fishtail, it’s not completely relentless – there’s the odd flattish section where you can catch your breath, and the track is in excellent condition. Before long, the beech starts to subside and afford a rare view, and you can’t help but be surprised at how high you’ve already climbed. Sixty kms to the south soars Tapuae-o-Uenuku, while lesser peaks of the Richmond Range loom up ahead. 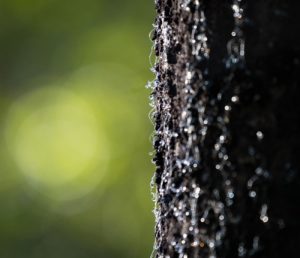 After 90 minutes of climbing the trail descends slightly and arrives at the welcome Richmond Saddle Hut. There’s tank water here, a toilet, and most importantly a clear view of your destination – the summit, just a few hundred metres above. It looks a piece of cake, and after a few swigs of hot tea we confidently stride on.

Before long it becomes clear that this last stretch is not a piece of cake at all. We’re well above the bushline now, and the track is no more – just a poled route through large, ankle twisting rocks. So the pattern begins – climb, stop, catch your breath (under the excuse of admiring the stupendous views) and repeat. The peak up ahead gets ever closer, encouraging us on. We arrive at the summit ridge, somewhat buggered, but we’re almost there. Just a short sidle south, and we’re there!

There’s hardly a cloud and the view is incredible. Far below, Blenheim rests amongst the tapestry of vineyards. Eastwards is Nelson and Abel Tasman. And to the north, far away, rises Mt Egmont. We refuel, take photos, and ruminate on the plane crash that claimed 5 lives back in 1942. (Pieces of the aircraft still rest nearby). But winter days are short and the sun is starting to sink; it’s time to get off the mountain.

Mindful of the increased danger of the descent, we half skid down the boulders, careful to avoid numerous ice sheets lurking in the shade. Back at the hut we encounter an Italian couple just departing for the summit. As always, it’s great to see folk from around the world enjoying Marlborough’s outdoors, but we quickly advise them to push on. The summit is not a place you want to find yourself in failing light.

It’s a gloomy hike down to the carpark. We halt at a viewpoint, whip out the binoculars and try in vain to spot the Italians on the ridgeline.  But the forest is now silent and foreboding so we don’t loiter. It’s been a long day and not for the first time do we dream about making the descent on a mountain bike instead of on tired feet.

Nine hours after setting off, the wagon appears in view. It’s been another magnificent day out in Marlborough’s epic back country. A crescent moon is rising in a pink sky as I gaze at Mt Richmond’s summit in the rear view mirror. And, just for a second, I wish I was back up there on that summit instead of returning to the routine of city life…

From Blenheim, take the Northbank road Westward until you arrive at Top Valley Road. Signs will direct you from here.
If your vehicle cannot cross the stream, you can park up and trek from that point. Allow a couple of extra hours.
Check the conditions. It’s not uncommon the mountain to be covered in snow in winter.