There are plenty of places on offer to showcase the region to out-of-towners so when my city slicker brother announced a brief visit it wasn’t hard to come up with a destination. I’d been amping to get to Lake Angelus in Nelson Lakes National Park for a while, but a forecast of low level snow put the kibosh on that idea. As tempting as it was to watch city boy fumble round with crampons and ice axe, I decided to play the responsible host and choose a less hazardous destination. 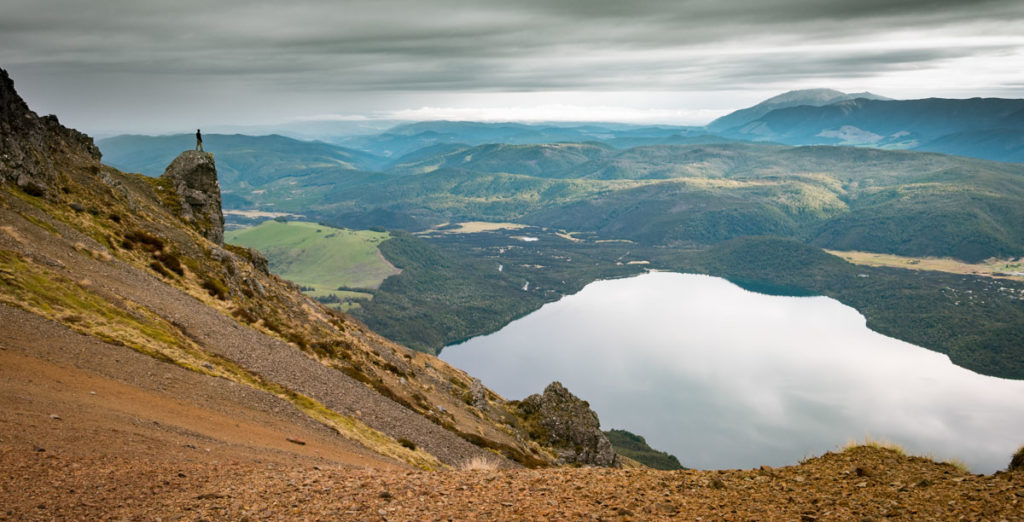 Bushline Hut up Mt Robert seemed a safe alternative. City boy had expressed doubt about his fitness but the fact that you can actually see the hut from State Highway 63 at St Arnaud somewhat allayed his concerns.

Upon setting out from the Mt Robert carpark I received my first confirmation that forgoing Angelus had been the right choice. City boy announced he would be hiking in his underwear as he had forgotten his trousers. (I had previously suggested a number of essential items for the tramp, although clearly had overlooked trousers).

Named ‘Pinch-Gut’, the track up to the hut is indeed a stiff ascent. As we climbed higher, the views of the National Park became ever more impressive. No less impressive was the rearward view of my guest – sweat soaked designer knitwear, highly questionable long johns, and bulging eyes. I was enjoying this more than I thought I would be. 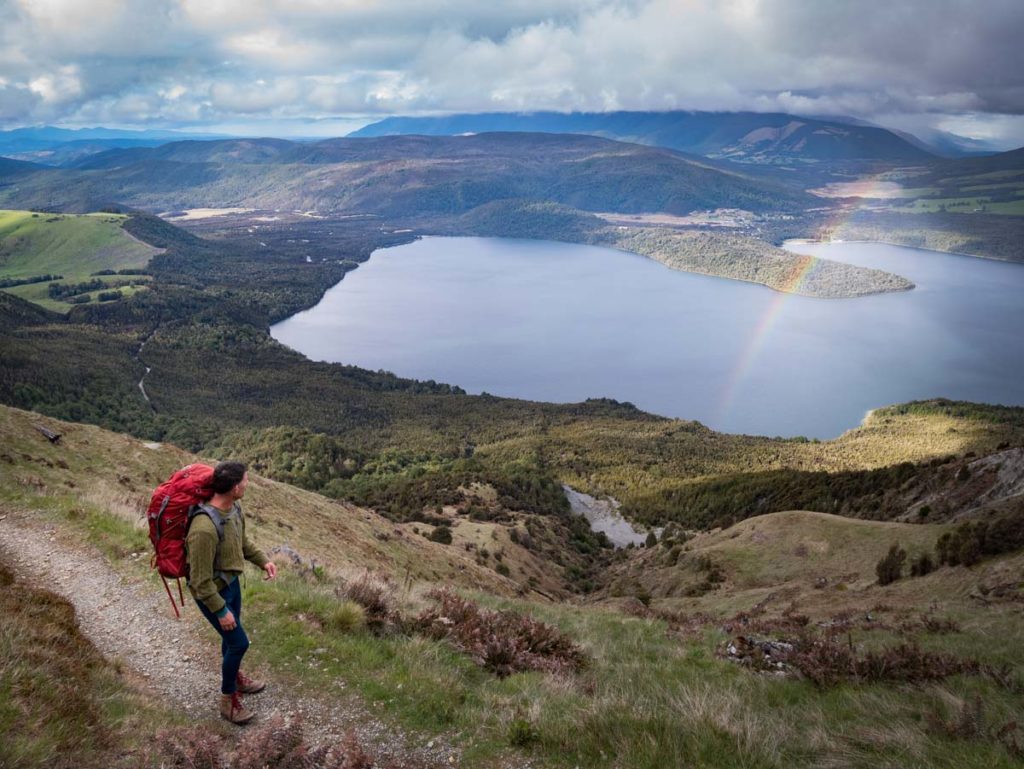 After an altitude gain of about 500 metres the trail flattened out. We came to a junction with the option of continuing along the ridge towards Angelus, but instead turned left down Paddys track and made the short final descent to our shelter for the night.

Approaching the hut it was clear that we would have company. I glanced at city boy and resisted a fleeting temptation to deny association. But the easy-going attitude of hut dwellers is one of the best parts of a night in the back country. On this occasion there was an eclectic mix of Americans and Wellingtonians, and we were soon chatting into the night. To his credit, I didn’t catch city boy on his iPhone once. 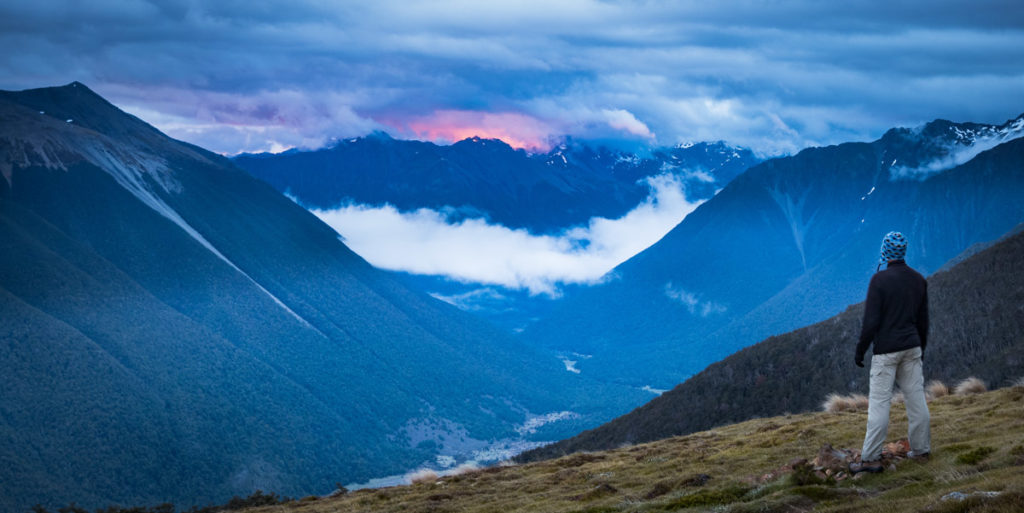 A new day and, with the sun still unable to penetrate the mist, we wasted no time and said our goodbyes. As we descended, the view opened up. Lake Rotoiti gleamed an obsidian black beneath the glowering clouds.

Testament to the area’s popularity, we passed a wide range of individuals on the homeward jaunt, from army cadets to the elderly. City boy also seemed infinitely more comfortable. Gravity was now friend, not foe, and perhaps he was also spurred on by the promise of a soy hazelnut decaf latte back in St Arnaud.

We arrived back at the car with the good spirits that only come from a clean break from the stresses of fast living. The weather might not have been great but Nelson Lakes is undoubtedly a jewel in the Top of the South. And I could swear city boy was more relaxed than he had been at our outset. Mission accomplished.